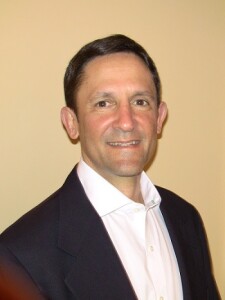 The funds with Cinnaire, OCCH, and MHEG will aim to bring capital to rural areas.

Fannie Mae is committing up to $145 million in three low-income housing tax credit (LIHTC) funds that will focus on underserved rural markets.

The funds will be through LIHTC syndicators Cinnaire, Ohio Capital Corporation for Housing (OCCH), and Midwest Housing Equity Group (MHEG).

“Fannie Mae plays an increasingly important role in supporting underserved markets in rural America,” said Dana Brown, vice president, LIHTC investments, at Fannie Mae, in a statement. “These funds will allow us to channel much-needed capital to support neighborhoods that need it most.”

Both Fannie Mae and Freddie Mac have re-emerged as LIHTC investors this year after being out of the market for roughly a decade. They were given the go-ahead to invest in housing tax credits on a limited basis by the Federal Housing Finance Agency (FHFA) in late 2017.

The government-sponsored enterprises (GSEs) had been two of the nation’s largest LIHTC investors, representing an estimated 35% to 40% of the market before being placed into conservatorship by FHFA in 2008. The enterprises’ financial condition deteriorated during the housing market crash, requiring government intervention.

The FHFA cited several reasons for its decision to allow the GSEs to return to the market, including furthering the enterprises’ mission to support affordable housing and ensuring that they could provide “a countercyclical role in the LIHTC market in the future if needed.”

“It is good to have Fannie Mae back as a low-income housing tax credit investor,” said Bill Shanahan, president of the National Association of State and Local Equity Funds (NASLEF) and president of Northern New England Housing Investment Fund. “Working with our nonprofit NASLEF members, Fannie Mae is helping bring much-needed capital to the rural, underserved markets. It can be a challenge to attract capital to these markets.”

Fannie Mae committed to invest up to $35 million in Cinnaire Fund for Housing LP 33. The Cinnaire fund manages a total of $150.8 million and will invest in partnerships that own LIHTC properties in Illinois, Indiana, Michigan, Minnesota, and Wisconsin. Currently, approximately 37% of the Cinnaire fund portfolio supports affordable housing in rural markets.

Fannie Mae committed to invest up to $50 million with OCCH. The total amount of the fund will be $250 million to $275 million. The fund will invest in LIHTC housing projects in Ohio, Indiana, Michigan, Kentucky, Pennsylvania, Tennessee, and West Virginia. About 34% of the fund’s investments support affordable housing in rural markets.

Fannie Mae also committed to invest up to $60 million in MHEG Fund 50 LP with MHEG. The fund manages a total of $182 million and will invest in partnerships that own 41 LIHTC properties in Colorado, Iowa, Kansas, Missouri, Nebraska, Oklahoma, and Texas. Sixty-eight percent of the fund’s current projects in its portfolio support affordable housing in rural markets.